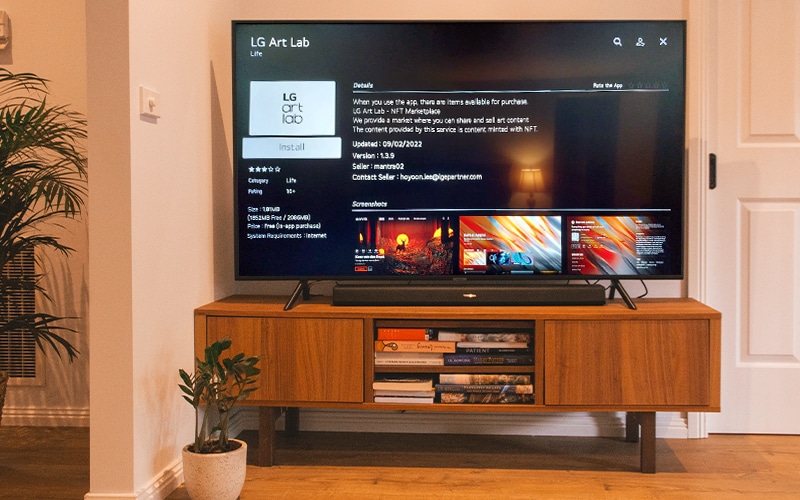 The wallet has been in the works since September 2021, and the companies first linked up back in 2020 when LG joined Hedera’s governing council composed of other tech giants like Ubisoft, IBM, Telekom, Google and more.

LG says the new NFT marketplace was designed to expose millions of U.S. users to NFTs in an easy, accessible, and affordable way. And according to Hedera, the cost of doing business on the blockchain is not just cheap; it’s less than $.0001 cent per transaction.

With the move, LG becomes the second Korean television manufacturer to create an NFT marketplace. Samsung recently partnered with Nifty Gateway to build an NFT marketplace for owners of select Samsung TVs back in March of this year.

Currently, the application is only available for US users with an LG TV that runs webOS 5.0 or later. The application can be downloaded from the TV’s home screen.

The application allows users to buy and sell digital works made available through LG’s NFT drops. The first such drop will take place on September 22 featuring a set of metallic-looking NFTs from sculptor Barry X Ball.

When NFTs will be available on the platform, users will be able to scan a QR code shown on the screen, and then complete the transaction using the ‘Wallypto’ app on their phones.