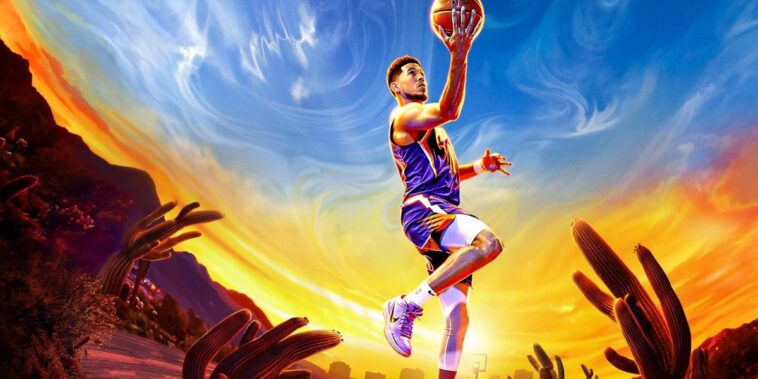 The NBA and National Basketball Players Association (NBPA) just announced that they are partnering with Web3 company Sorare for the first non-fungible token-based fantasy basketball game.

Sorare is an NFT trading and fantasy sports platform that was valued at $4.3 billion last year. The Web3 company currently has deals with Major League Baseball and Major League Soccer and holds licenses with over 280 international soccer clubs and leagues including Germany’s Bundesliga, Italy’s Serie A, and Spain’s La Liga.

The new NFT game from Sorare is expected to launch around the time of the NBA’s season opener on October 18th, though details of the deal have yet to be released. What is known is that the game will be free to anyone 18 years and older. It will allow users to create teams based on NFT cards of individual players and earn points based on how their players perform on the court.

The NBA and NBPA are no strangers to Web3. In 2019, the league partnered with Dapper Labs to develop NBA Top Shot, an NFT marketplace that lets users buy, sell, and trade NBA highlights and moments in the form of NFTs.

The league hopes that the multi-year deal with Sorare will give it enough time to build a sustainable and mutually beneficial partnership. The NBA also believes that the new NFT fantasy game coming this fall will not be in direct competition with NBA Top Shot, but rather an alternative with distinct features.

NBA Commissioner Adam Silver, stated “Our partnership with Sorare will give NBA fans an entirely new way to engage with our teams and players. With Sorare’s emerging NFT fantasy platform, we see significant opportunities to broaden our community of fans and grow NBA basketball around the world.”

Nicolas Julia, Co-Founder and CEO at Sorare, noted “The NBA and the players have been at the forefront of digital experiences and collectibles and our game gives basketball fans the ultimate sports entertainment experience where they can play like a general manager, own their own game, and foster real-world connections.”

This is Sorare’s third collaboration with a US sports league solidifying the company’s expansion in the United States. Notably, Major League Baseball announced a partnership with Sorare in May to launch its online game.

Additionally, Sorare holds rights with more than 280 international soccer clubs playing in prestigious leagues like the Serie A in Italy, the Bundesliga in Germany, and La Liga in Spain.

Written by Vismaya V of