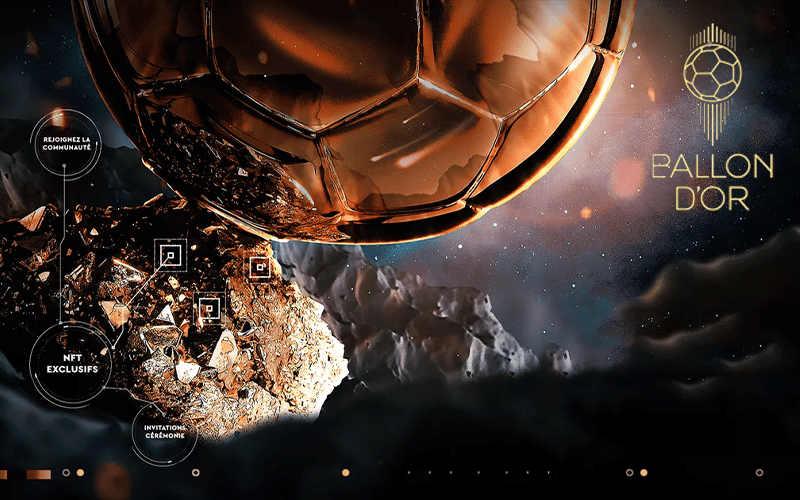 The Ballon d’Or is one of the most prestigious awards in football and is coveted by players around the world. This year, top footballers who are lucky enough to win the award will get not only a gold statue but NFTs as well.

This was reported by media in France and confirmed by the award association itself on September 8, 2022.

The 66th ceremony of the Ballon d’Or will hold on October 17, 2022. When the winners are announced, the NFTs will be presented. The specific categories that will come with the NFTs include the best male and female, best striker, and best goalkeeper.

Besides the NFTs that will be given to winners, there will also be an NFT collection that the public can buy into. If this first NFT outing is a success, this could become a more consistent part of the award process.

According to Equipe Media group, which is behind the Ballon d’Or, this is all in a bid to introduce more of a web3 element to a decades-old and globally-known award.

“This first collection will be followed by others as the Ballon d’Or, and more broadly the Equipe and Amaury groups, wish to project themselves in a sustainable way into the world of Web3, the new age of decentralized internet,” the agency said.

The first collection, “True Pyrite”, will be auctioned off on September 15 with a floor price of 999 euros per piece. These NFTs will grant holders VIP access to the ceremony on October 17.

The “Pyrite Fragments” NFTs will be available on October 23 for 249 euros. An advance sale of 1,772 NFTs at a reduced price of 199 euros each will be held, with priority given to those who participated in the previous auction.

So a total of 2,022 “Pyrite Fragments” NFTs will be sold, granting access to benefits such as guaranteed access to the Ballon d’Or ceremony for the next twenty years or exclusive Sorare Ballon d’Or cards.

Finally, on November 8, two other NFTs by the artist Léo Caillard will be auctioned off during the annual sale of art photos by the group l’Équipe. Their owners will be able to attend the 2023 Ballon d’Or ceremony.

A portion of the proceeds will be donated to the Fondaction L’Équipe, which supports sports-related projects of general interest.