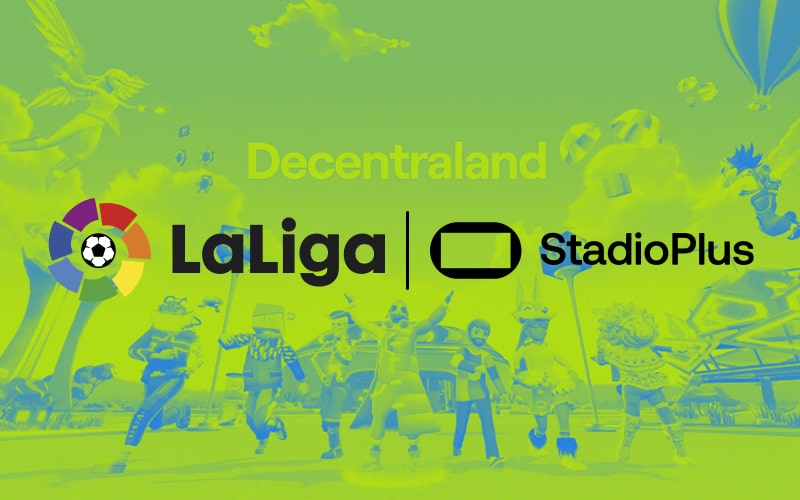 Spain’s premiere soccer league, LaLiga, has long been the site of the beautiful game’s deep dives into Web3. Recently, FC Barcelona has expressed an interest in the nascent technology and Real Madrid has filed trademark applications for the next iteration of the internet. Now, the entire league is getting involved.

According to a press release, LaLiga has signed a joint licensing agreement with Web3 companies StadioPlus and Vegas City Limited to enter Decentraland (DCL). There, the league will try to woo a new generation of soccer fans through sports metaverse experiences.

The building of the virtual experiences will take place in DCL’s Vegas City, which is the main Decentraland district for sports, gaming, and entertainment. James Ashton, the CEO of Vegas City Limited, said the company is “very excited” to work with La Liga, StadioPlus, and Decentraland to develop a new soccer project that will surprise and offer new experiences to a new audience.

StadioPlus is a Spanish company that connects the sports industry and Web3 by providing technology and guidance. Vegas City Limited creates experiences on the metaverse and blockchain.

According to the licensing agreement between LaLiga and StadioPlus, LaLiga’s intellectual and industrial Property Rights have been granted.

Jon Fatelevich, the CEO and co-founder of StadioPlus said, “…we are delighted to have reached this agreement with LaLiga, with whom we have been working together for many months on the development and integration of the competition in Decentraland, and we are confident that we will provide a great experience for football fans and Web3 fans alike.”

Stephen Ibbotson, the Head of Franchises and Licensing at LaLiga said, “For LaLiga it is essential to continue innovating in ways to offer the best of the competition to our fans, both on and off the pitch.”

“This licensing agreement will allow us to reach a new and significant audience, like that of Decentraland.”