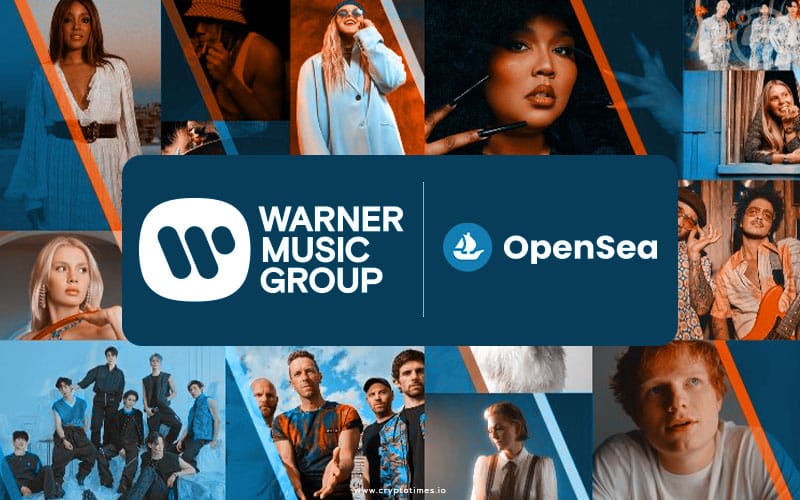 In the last few years, the music industry has found more and more ways to monetize web3, whether it’s artists releasing songs as NFTs or a Bored Ape launching a career as a DJ. It seems we’re going to get a lot more music-focused NFT content as Warner Music Group has signed a deal with OpenSea.

Warner Music is famous for being the record label of top artists like Ed Sheeran and Dua Lipa and OpenSea is one of the biggest NFT marketplaces in the world.

This partnership, as per reports, will focus on bringing the artists under Warner Music’s roster to web3. As such, Warner artists will have priority access to OpenSea features and will enjoy easier discoverability on the platform. As they expand their presence in web3 and build a following, the OpenSea team will support them.

OpenSea’s Vice President of Product Shiva Rajaraman showed enthusiasm for this initiative by stating that OpenSea is excited to provide the support and infrastructure to help welcome the Warner family of artists into the exciting NFT ecosystem.

Moreover, the first collection is currently in development with Warner Records UK in collaboration with Web3 company, Probably Nothing.

Written by Rupal Sharma of